After a few days of catching up on chores, I took a stroll and lost myself in the laneways south of Graca. I emerged at the Mirador of Portos do Sol about 12 noon. It's a large, public, paved area, with views over the city to the ocean-blue estuary. There was a crowd: a TV crew shooting a talking head segment, buskers, a few African hawkers selling jewellery to tourists. The buskers were a 3-piece band … drums, strings and vocals, playing reggae in the sunshine. I started grooving and danced solo for a few tunes – the sea breeze and the distant, sparkling waves danced with me.

I noticed a woman quietly appreciating the music and enquired if she was also a visitor in Lisbon. I learned that Liz was from Cuba, today exploring Lisbon for the first time. She had flown to Lisbon from Angola one day before, on her way to start a new life in Madrid. It was easy for us to chat because she is fluent in Spanish as well as Portuguese, so I invited her to join me for lunch.

The band were still playing – I danced some more. One of the tourists joined me and I linked arms with him. We capered around for a few bars, like happy drunks, until the last song was over. While the band were packing up, Liz chatted to them and kissed them. Then she and I strolled back up the hill away from the tourist strip, to a secluded terrasse I had spotted on the way down. I ordered chargrilled cuttlefish, and Liz let me taste her plate of delicious bacalao con natas. 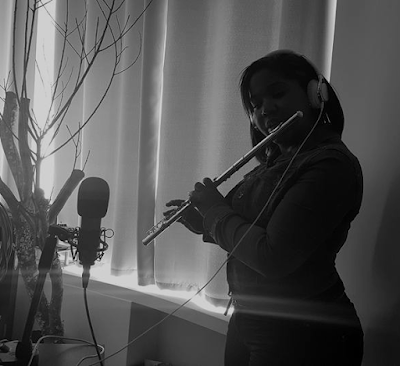 My new friend is a flautist from Cuba… that's why she connected so easily with the musicians she had only just met. She was excited to have lined up jam with them for the next day. We talked about how music and dance bring people together, the universal language of feeling and creativity. I told Liz about my dance odyssey – she was warmly supportive, even admiring.

Then she shared her amazing story ... Liz was invited from Cuba to play in a band in Angola, 3 years ago. The immigrant musicians were exploited without contracts, without pay, and without proper work visas by an impresario who had once been their friend. She had to escape from him, travel to another city many hours away and start a new life from zero, among strangers. Her talent served her well and she met good people who helped her.

Liz built up her music career, teaching, playing bands. She said that while Angola was a tough place to live, she was proud her professional success. She has even appeared on Angolan TV. After three years, Liz had saved enough money to fix up her visa situation, travel to Cuba to visit her son, and embark on a new life – in Madrid, where she has close friends. This is really day one of her new chapter. She hopes to bring her young son to Europe where she can offer him a better life than Angola would. Liz said,

"Damn right!," I said. This is a strong woman! Despite her resourcefulness and resilience, Liz still finds it tough to travel solo, to walk unfamiliar streets alone. She had cut short her original plan for a week in Lisbon, so that she can be with her friends in Madrid sooner. Is Angola worth a visit? I asked. No! she almost laughed at this idea. She said while Angola had some beautiful landscapes it also has terrible litter problems… and no doubt many more issues that we didn’t have time to discuss. Liz encouraged me to visit Cuba and stay with her relatives. 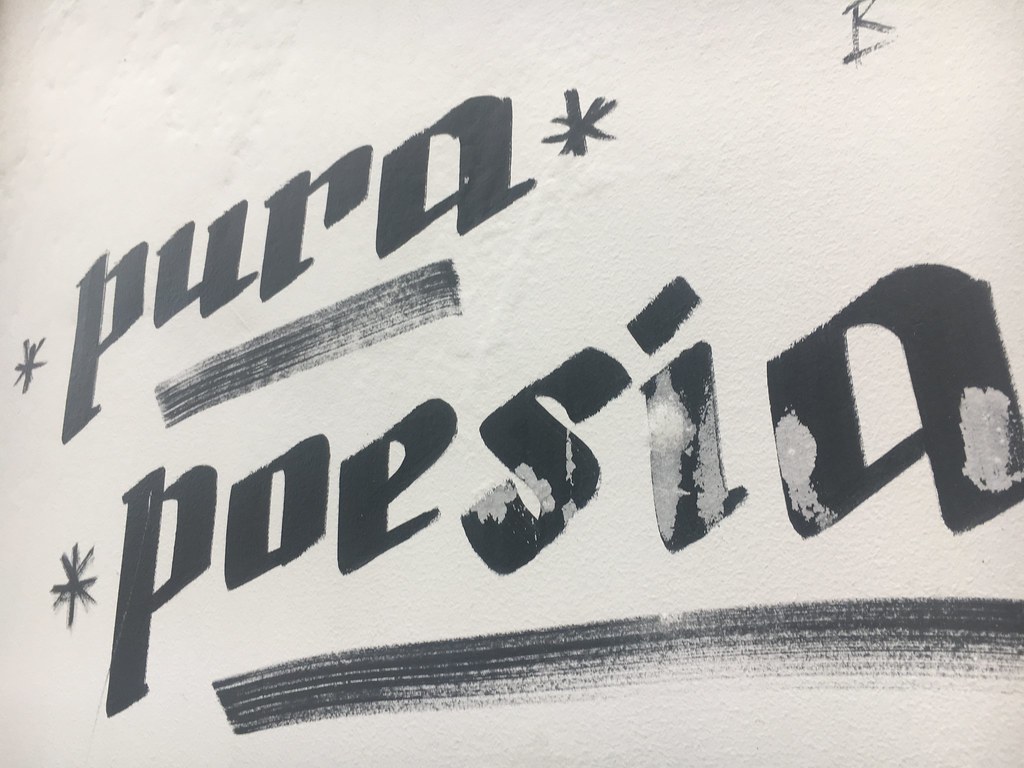 There was a graffiti tag around Graca... it translates as 'Pure Poetry.'  Liz shared one of her poems with me. “It reminds me of you,” she said. Here it is: