On my first day in Errezil, the other guest was complaining that her key was not working. A few days later it was discovered that the lock had been forced... an attempted break in. The host had a visit from the police and his locks replaced. I was given a new key.

On my fifth night of my stay in this idyllic apple town, my host R. knocked on my bedroom door, two hours after I had said 'Buenas noches'. When I answered, he walked into my room, turned on the light and waved a form at me demanding to have my passport details on the spot. The form was in Spanish, with acronyms I didn't understand.

I said this is very rude. He said the police had asked him to fill in the form and he had forgotten to ask me earlier. When I said it's 11PM at night, I'll do it tomorrow, he got very belligerent and threatened to call the police, taking out his phone. I asked him to leave me in peace in my room, but he wouldn't let it go. Finally, I said 'come back in 10 minutes and the form will be filled on the floor outside the door.'

I filled in the form and waited for the noise of loud voices downstairs to subside. Next thing I know, there's a police officer at my bedroom door. He was polite, and checked first if I could understand Spanish. He said, "I’m not sure if the guy downstairs is alright in the head but he called us because you would not give your identity details." The cop was apologetic when I explained what happened. I gave him the form, showed him my passport and then he said thank you and went back downstairs. There was more talking and shouting for a while then quiet. I wasn't sure if it was safe to sleep. But I didn't have anywhere to go. 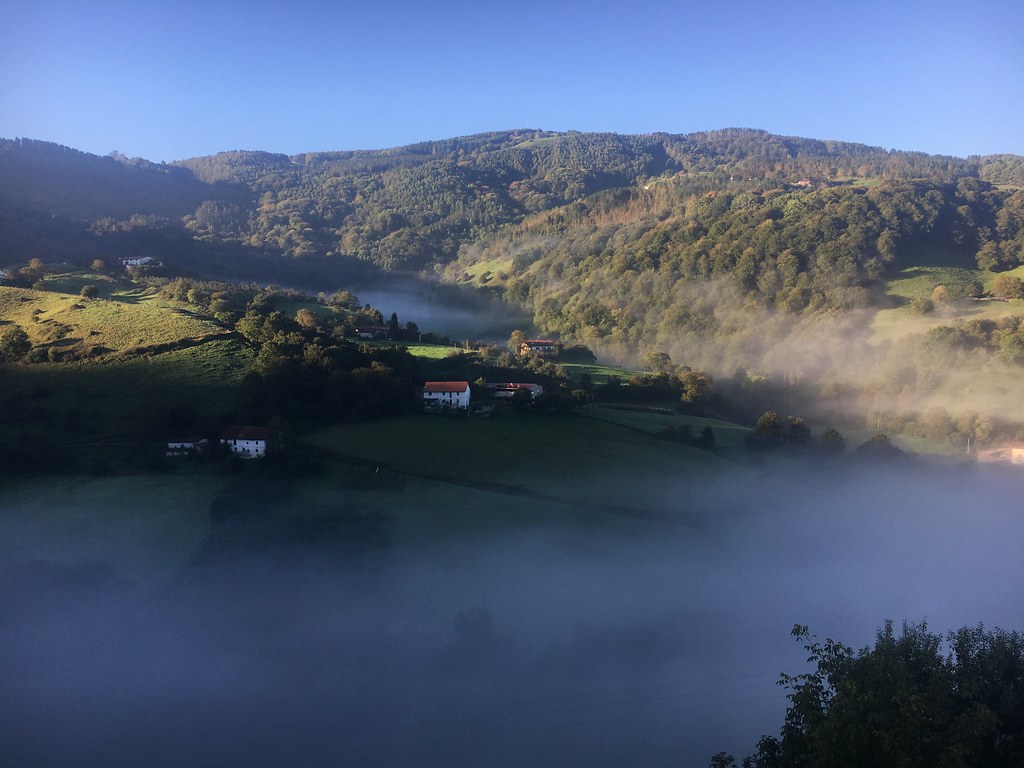 In the morning I got dressed and went downstairs, expecting my host to be nice, maybe even apologetic. But he was still aggressive. He demanded my passport again, and said if you don't give it to me, you pack your bags and go. I gave him my passport and went upstairs for a few minutes. When I came back, he was on the phone, my passport open on the table along with the form containing my passport details. I put my passport in my bag.

He said, “You get out of my house. The system won't accept your passport details. Get out."
I said, "I have nowhere to go"
He said, "You leave now, I don't want to see you ever again in my life."

I went upstairs to pack my bags and also to book accommodation online. An hour later, I was ready. His 17-year old son helped me bring my 40kg of luggage downstairs.

R. saw me leaving and started yelling at me, saying “You can't go, you can't go, I didn't make you leave." He stood in my way.
I said “You told me to leave and im going"
He grabbed my shoulders, his son was standing, watching. I said "don't touch me." He let go. I was able to get out with my bags onto the street.

It's very lucky that I had found a room nearby and was able to walk there with my heavy luggage. When I arrived I was greeted by a familiar face... a kindly local lady I had met while walking my host's dogs. She listened sympathetically to my story and said that other guests had experienced problems with R. I gave a full report to Airbnb but so far there’s been no change to the Superhost status of this not-so-super host.

deirdre said…
I don't understand it either! Thanks for reading Betta! I'll be in touch soon.X
2:06 PM