It pains me that four of the nine black people I've seen here in Navarra are are beggars. Today I bought shampoo from a friendly black lady in the market. But at two of the four market gates, a young fit black man stands, with a cup in hand, eyeing passers by. Of course I get the full eyeball, up down. Same thing at the supermarket across the road.

Black people are a highly visible, small minority here, so there is that moment of recognition and then a very uncomfortable moment. I would like to feel solidarity, warmth. Instead as they stare, I feel harassed... the guilting of a beggar, plus an undertone of sexual harassment. One of the beggars is more polite... smiles more, stares less... but I still want to avoid him. Passing them, I feel anger, fear, contempt. Two kinds of fear... of the beggar, and of the racism that feeds off their image. I don't choose to feel this way. Without wanting to blame the victim, I'm ashamed of how they inhabit a negative stereotype, perpetuate it. Their skin is much darker than mine. Probably for them, I inhabit a stereotype too... whiter and richer. I would not be the first to observe that on a global scale, people of colour are clearly in the majority. We are a minority only in the privileged countries and groups in possession of most of the world's wealth. 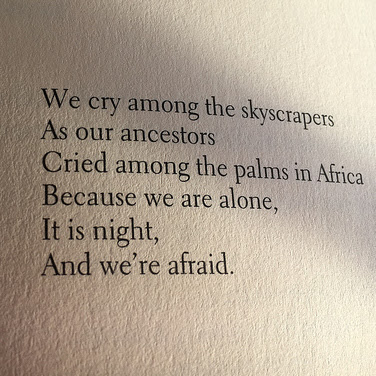 What feelings are behind the staring eyes of those who beg? Desire? Envy? Hate? It may seem exaggerated to imagine that poor, black beggars hate me but there's reason to believe so. Light-skinned friends in the West Indies have told me of harm motivated by envy/shadism. Frequently a motive for gender-based violence, the envy of disenfranchised men is scary.


The same issue in Italy, different target. Most outdoor tables in the touristy areas receive a few visits from beggars during lunch or dinner. Not all of the beggars were black... my first encounter was with a old white lady in a white costume, her face painted silver. "I'm hungry" she said. I handed her all the plastic-wrapped breadsticks from my table. She handed them back, and went to the next table. Since then I've seen various versions of the 'lady in white' (always a white lady) in Spain and Italy. Next at my table was a gypsy lady. In my three weeks in Italy I met only three young black men – of these, two were harassing tourists for money at a table. They looked fit and strong, had decent clothes and shoes. I imagine they could do more with their lives, but my position of privilege surely undermines understanding and empathy.


I hav pity for people who beg... and I might get some temporary good vibes by giving them cash. But to reward this annoying behaviour does not align with my pragmatic values. I vote for distribution of wealth, kind refugee policies, donate to egalitarian political parties and charities. I've volunteered at homeless shelters. I've spoken to less pushy beggars, shared food with one who was quietly reading a book. But I won't hand money to staring men, for fear or pity. Nor to the unlucky gypsy woman, almost blocking the pavement with her basket and large sign describing her hungry children. And if I do give money, their situation won't change. It will be the same tomorrow, next week. I'll walk on by. Is this unkind? What would you do?

----------
Poverty and suffering are part of the story of the Blues... an artform that celebrates life, even in times of trouble and strife. The discomfort of seeing black people begging in Europe prompted me to reflect on 'black' identity. See the 'Identity–beyond black' page. Poem above by Langston Hughes.