One of the reasons I wanted to visit Copenhagen is that 55% of daily commutes are made by bike. By contrast the figure for Sydney is 6%. Who gets excited about good urban infrastructure? I do! I was curious about this smart Scandinavian city. 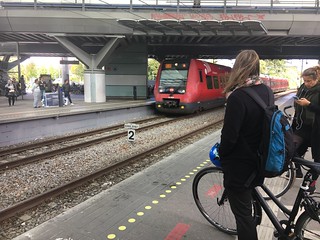 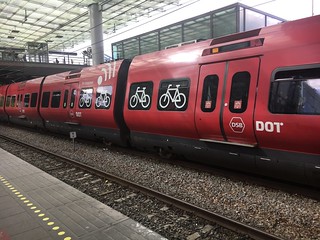 And yes, to join the flow of riders on the continuous network of dedicated bike lanes has been a great experience. Not surprisingly, the train network is also excellent... and designed to accommodate bikes. This greatly extends the distance you can cover with your bike, and helps also if the weather gets too rough. Weather can be a challenge here, but the terrain is easy. Flat, flat and flat!

It's Saturday and I have spent the day touring this lovely city by bike and 'Harbour Bus' (boat). Sadly I'm too exhausted now to go dancing, but in these northern latitudes such a fine sunny, day was not to be wasted. I enjoyed an open air antique market, a very decadent cake and a stroll in the Botanic Gardens. Some people get excited about beer, but cake is my weakness! This is an expensive town so I’ve only booked 3 nights. It's hard to find a nourishing meal for under €20, so I might as well eat cake! 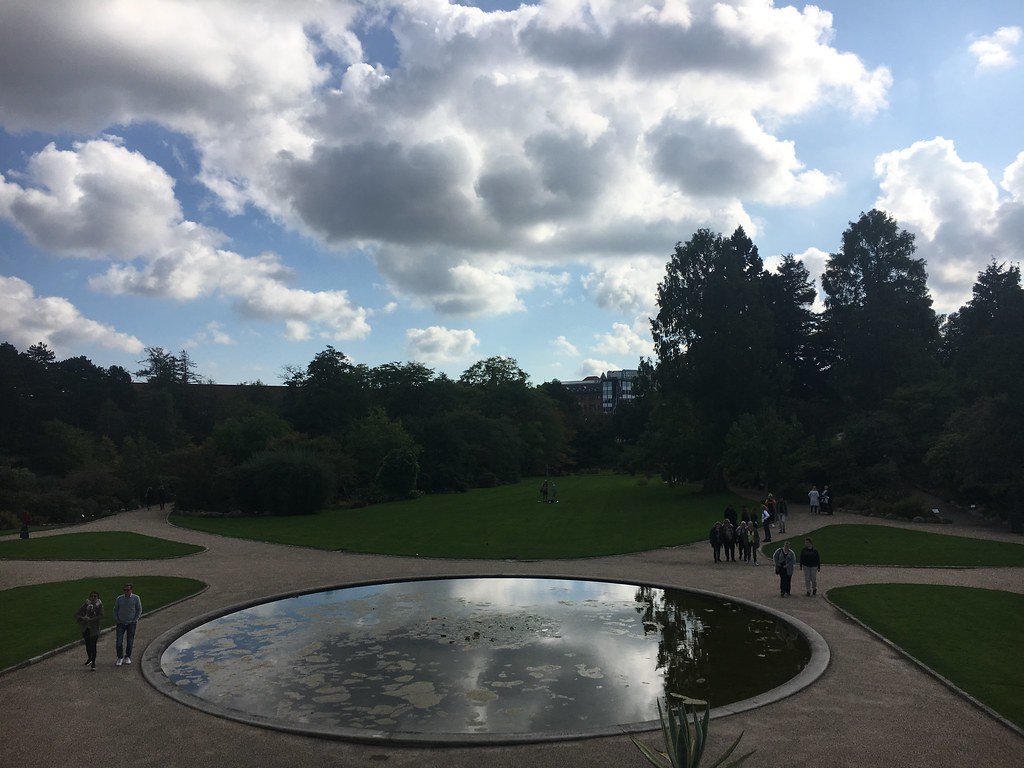 Like in Prague, people speak English very well in CPH. At a harbourside bar with communal tables, I met a lovely Danish couple from a country hamlet of only 200 inhabitants. We talked about cycling, driving and dancing. I learned that in bad weather the bridges between the 3 Danish islands close and the traffic tailbacks leave people stranded on highways for up to 12 hours. Also, these folks said bike lanes are integrated into every town. 'You can hardly find a Dane who does not cycle.' My host has been lovely too,l ending me her bike, sharing snacks with me, getting me a heater for the cold... She admires my dance mission, says it's very strong.

As it often does, the dance tour took me off the regular tourist trail to the neighbourhood of Nordvest. Arriving on Friday night, I enjoyed many great dances at the CPH fusion festival. I started with leading, it was fun. I practiced walking and stepping in closed and promenade, grinds, fishtails, turning the follow... my turns need work! Also I enjoyed dances and grooves with two very good female leads. Most of the leads I met had great flow… from France, Denmark, Holland and Spain. It's part of the excitement of blues that people are unique in their styles. And this is only my second (if you count Mark & Kelly) fusion festival ever. So exciting! 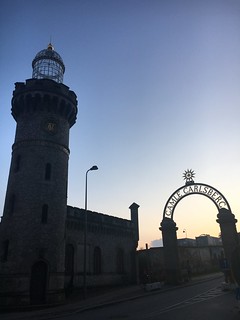 I've had to come back to this diary entry to write about my last night in CPH because the travel has been intense since I left. The Sunday night party of the fusion festival had a different flavour than expected. It was held in an atmospheric venue in Carlsberg section of town: an old stone lighthouse, oddly located far from water. Not so spectacular on the inside, but charming all the same. Apparently this venue is run according to Burner principles. It attracted a more Burner style crowd... most of them were not partner dancers, so at first I was disappointed. Not snobbery – it's just rare to enjoy a partner dance with someone who has no dance training. The party began very upbeat music – electro swing is fun, but quite far from blues. To call it fusion would be a stretch. I realised just how long it had been since I have been at an ordinary party... where drinking alcohol and talking are the most exciting activities. I truly have become a partner dance nerd! Partner dancing opens the door to a community, but you can't share the joy with your friends unless they learn the steps... so you end up with separate dancing/non-dancing friend groups.

Between bops on the dancefloor I got talking to some Irish lads in the kitchen. Because I’m rarely in pubs, it’s a long time since I’ve spoken to my countrymen abroad. They were a pretty interesting bunch, one especially. Good conversation ...I with a background in psychology, he researching hallucinogens for treatment of depression. Later on, we made good use of the cuddle puddle area :) It may have seemed boring at first, but this party had a happy ending!

Why is cycling not lonely? My therapist asked, after I explained that I like cycling but find driving so lonely that I'm developing a phobia. Good question ... I guess because boring and lonely are almost the same for me. When you drive, you spend a lot of time being frustrated, standing in line, waiting for you turn, and finally searching for parking. Of course cars are very useful sometimes – for long distances or heavy loads. Thanks to all my driving friends who've shared such rides with me! But let's face it, most people in the Western world make short journeys that could easily and more efficiently be done by push bike.

Basically, cycling is always and adventure, for me. Its active and it's sensual – your whole body moving through space caressed by the air and the sun, inside a landscape that's flowing smoothly past. The pace is slow enough for sightseeing, fast enough for excitement. You can discover all the interesting little sidestreets, the vibrant, leafy or quiet corners of the city, as you avoid the noise, banality and hassle of the main drag. Cycling generally involves very little waiting – you can break rules without killing anybody, park anywhere.

In most well-organised cities, cycling is safe and fun. In places like Sydney, you can enjoy fine scenery with the added excitement of a life-and death-challenge -– poorly designed roads, aggro drivers, and some very hairy hills. The danger factor puts many Sydney folk off cycling but one thing is for sure – it's not boring. In fact cycling offers more convenience, excitement, freedom, and sex appeal than driving – but the advertising dollars of big petroleum still seduce the masses.

Also as a solo female enjoying the city cycling can really keep you out of trouble. By the time trouble sees you you're already gone... like the drunken English lout in Budapest who yelled 'Hey nigga' at me, before laughing at his own witless 'humour'. An ugly moment, but mercifully brief. I can make my way home anytime, fearlessly through deserted and dark city streets and even – in more familiar territory – parks.

The heady scent of rising sap
bleeding from cut grass
perfumes the playing fields
and manicured bush
as I glide through the park
under the smiling spring moon.
Is the moon smiling where you are?