September 14, 2017
I'm full of endorphins after a vigorous massage from a handsome Hungarian man. I lie on a couch and immerse myself in the kaleidoscopic colours of Gellert baths antique stained glass walls and ceilings. The ceiling is studded with nipple-shaped geometric domes. There is a high, wide freize... the sweeping lead lines dissect and connect nude human, plant and wave forms in jewel colours.

What colour is the river Danube? I try to think of a pretty adjective, but really it's beige. I haven't even seen its ruffled surface change to reflect the sky, except when it disappears into the oily black of night. Beige doesn't seem to belong in a sentence with the busy, rushing artery of the grand old dame, Budapest. So what colour is the river? The colour is danube – ideal for understated interiors, or dipping your biscuit in. 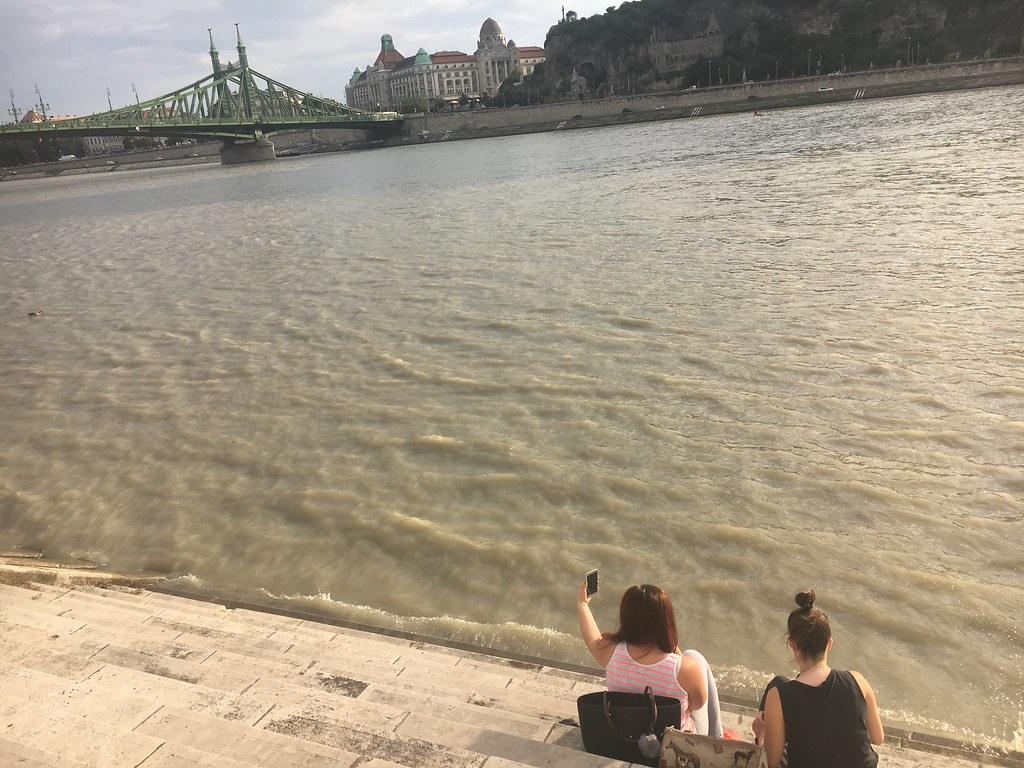 It's my last night here and I'm not in a hurry to move on ...I would like to spend more time writing in the beautiful Ervin Szabo library, riding along the Danube, doing yoga on Gellert Hill and enjoying more baths. I would like to get better acquainted the friendly folk in the dance communities and explore the lovely bars and squares that I passed on my night rides home, near Muzeum Ter.

Tonight my final party at the Pepita 4th birthday-- promised to be mighty and it really was. It had all the ingredients: friendly local lindy hoppers, stunning venue, excellent band, a few short performances, decadent cake, view over a park through tall, open windows. My first dance was with a Turkish man on his first night in Hungary, but most of the dancers were locals. The party was a success despite clashing with a rival swing group -- also partying hard on a Monday, somewhere up river on a boat.

A bearded man called Zoly invited me to share the birthday cake and we got talking about life here, and migration of Hungarians across Europe during times of economic crisis. He himself had lived 4 years in Dublin before returning home cos he missed family.

He told me how paranoid the Hungary was in the Soviet era when your neighbours would dob you in to the police. I told him how that already happened to me in my first 24 hours here... Then he explained the Hungarian governments scapegoating of refugees and their refusal to take even a few thousand, when half a million people were fleeing middle eastern conflicts. So many older people are very suspicious and fearful of anyone who looks different. Interesting guy: welcoming, just and well informed. Someone I could really get along with.

I had lots of great dances, heaps of Charleston. I was pouring sweat, but elated by the end of the night. The only thing missing was a kiss. You can't forget this when one of the last songs is about calling your baby sugar and making a million trips to his lips.

No such luck, but I did roll happily on the floor and stretch while chatting to gorgeous young Mattias... who was also stretching. He asked lots of questions, and thanked me for coming to their party, making it more 'special' than the rival one. Sweet. Wish I could stick around longer.

But although I'm leaving reluctantly, it's good also to have a purpose, to travel with an agenda. I'm really happy with my experience here. I have been welcomed by strangers in the way that I expected and hoped -- to share the simple joy of dancing together. It's all happening... dreams are coming true. 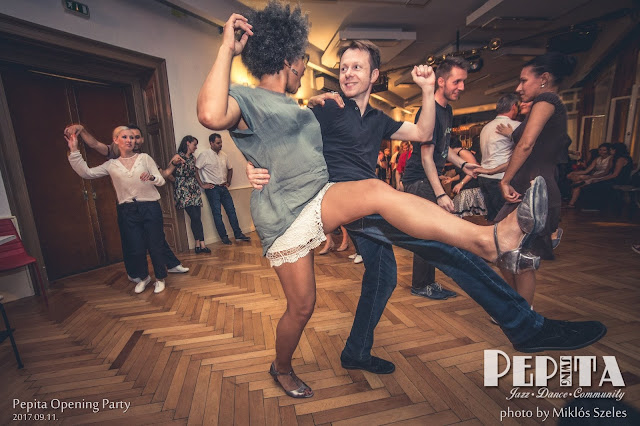