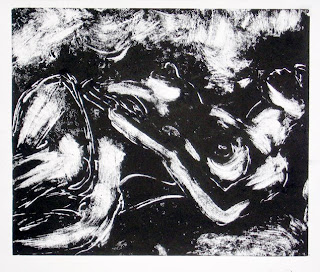 Today I walked alone
seeing Beauty all around
but especially in the decaying flowers
going to seed gracefully in the late September sun.

black bouquets and white fluffy tufts
bunched on bleached stalks
like an army of widows turned upside-down,
some armed with brown, spiky spears.

A crunchy feast for a field mouse
ripe and ready, seeking pastures new
a pigs back, a bird's belly, a gust of wind
to shake, to scatter, to fly, to fall.

Held in a hollow of the land
The sea calmly faces the sky,
Freshly washed, always in these parts...

Out of the salty night sky leaps a shooting star
Whispering "Make a wish!" I wish...
to share loaves and fishes by firelight
to sleep by the murmuring sea
I wish my brother well
I wish for love 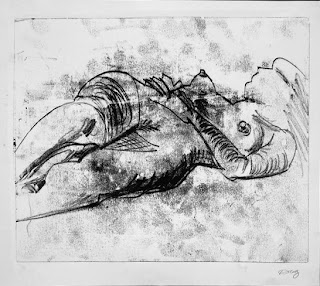 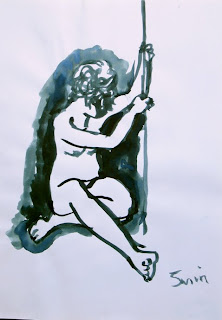 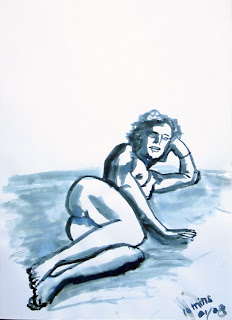 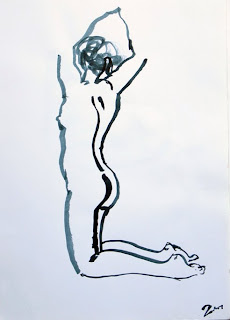 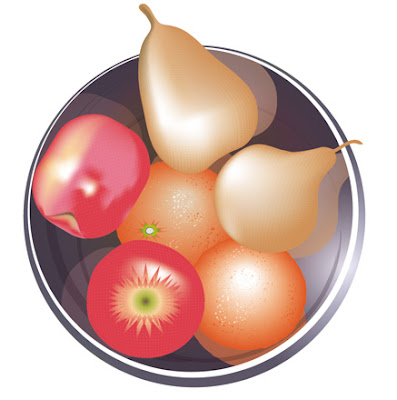 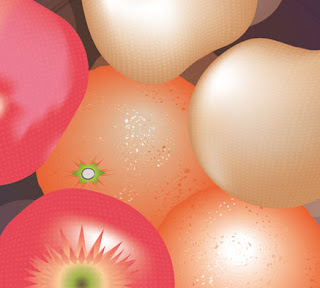 August 2007
A Week of Watercolors in Ballyvaughan 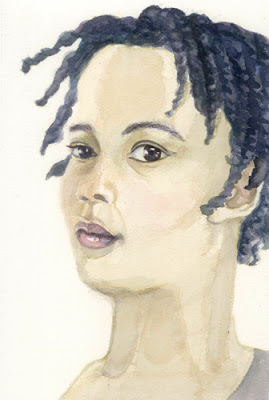 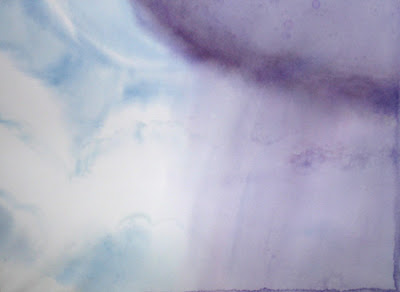 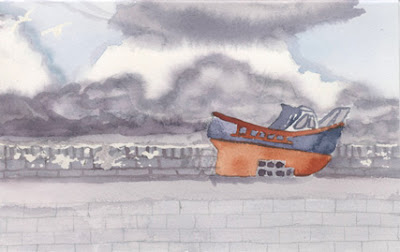 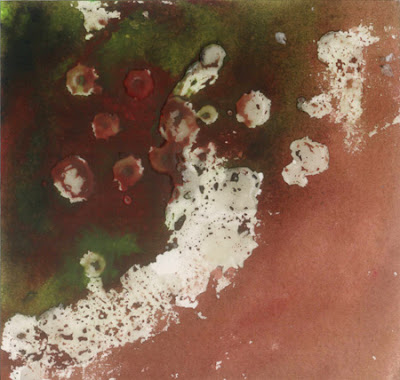 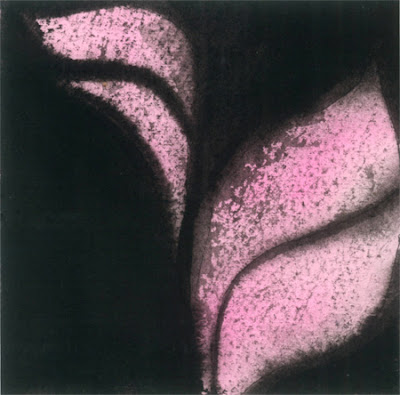 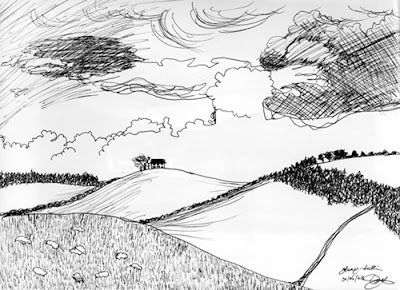 Images based on photos i took at aqwa aquarium near Perth 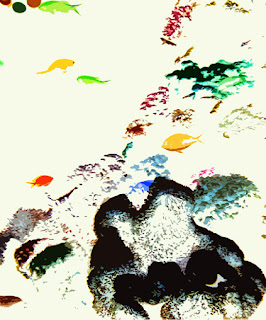 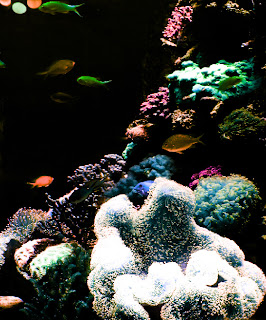 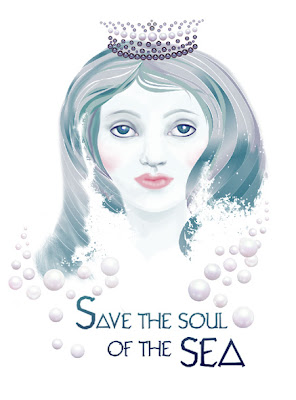 hot waves of air pounding velvety
bass drums into your heart
and your brain and your blood
the crowd goes wild sharing
love and excitement amongst
sexy, shiny strangers
heavy, warm bass making hips shake
skipping breaks like hand claps and we
are waving not drowning
in a sea of music

Sashay, shimmy, segway
Shake, shake it baby
Could it be a Cucaracha?
Perhaps a Cuban or a Coca Cola
or a Cha Cha Cha?
Step, spin, chica
El hombre manda!

Ingebjorg said…
I love these paintings, you are so talented! Keep posting your artwork girl - it cheers me up on a rainy day (there's been a few of them here in Oslo too lately...)
2:15 PM